Pro tips to avoid the flu

An article from the UVM Health Network 2019 Flu Education series 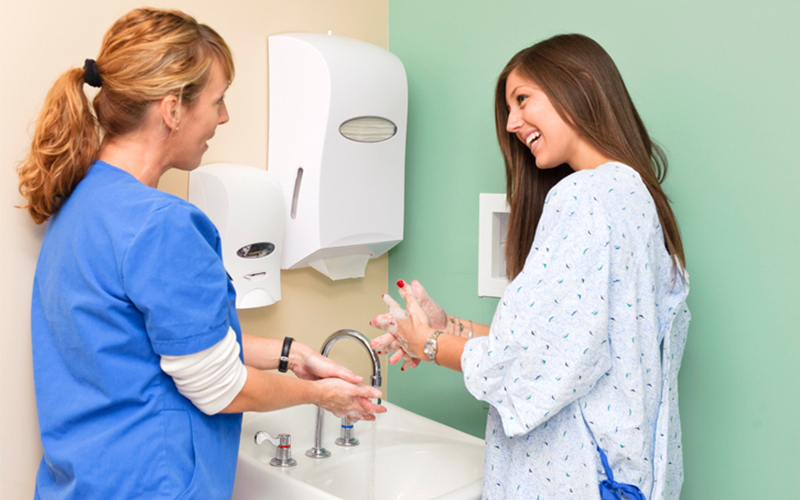 Health care workers are on the front lines during flu season. But we don’t follow any secret formula to avoid getting sick.

In fact, our go-to ways of avoiding the flu can be adopted by anyone looking to stay healthy or slow the spread of the influenza virus: Get vaccinated, clean your hands frequently, adopt healthy behaviors and stay home when you’re feeling ill.

These things sound like common sense. But the fact is, taking some precautions in your daily life can spare you and others a lot of misery in the coming months.

First, a word about the flu: People don’t take it seriously enough, and it shouldn’t be equated with the common cold. Influenza can cause severe or even deadly complications, especially among children and older people.

The flu’s annual toll varies widely and is difficult to predict. Each year since 2010, influenza has caused between 9.3 million and 49 million illnesses nationwide; between 140,000 and 960,000 hospitalizations; and between 12,000 and 79,000 deaths, according to the Centers for Disease Control and Prevention.

Start With a Flu Shot

So I can’t say enough about the importance of getting a flu shot every year. I usually get vaccinated in October in order to ensure the vaccine lasts throughout the season, but you can still benefit if you’re vaccinated later in the season.

And despite the persistence of this misconception, flu vaccines do not cause the flu.

But even if you’ve gotten your flu shot, that doesn’t mean you can’t get sick and then spread the flu to others. So you can follow some key guidelines that are easily adaptable to anyone’s life.

You may not be wearing a mask, as sometimes is necessary in health care. But you can observe respiratory etiquette like covering your mouth and nose when coughing or sneezing. If no tissue is available, cough or sneeze into your elbow rather than into your hands.

Speaking of hands, they’re the most common conduit for germs. So health care workers and the general public alike should clean our hands frequently, either with a thorough washing or use of an alcohol-based sanitizer. If it’s flu season, you can bet I’m washing my hands even more than usual.

Also, it’s a good idea to keep your hands away from your eyes, nose and mouth.

And be diligent in keeping your environment as clean as possible, in part by wiping down frequently touched objects. Cleanliness is an everyday routine in a health care setting, but if we’re seeing a lot of flu cases, we’ll double down on cleaning hand railings, doors, etc., while also making sure everyone is reminded of flu season’s risks.

You also can get ahead of the game by trying your best to stay rested, eating well and just generally taking care of yourself.

Finally, another rule that applies to everyone: If you’re sick, stay home. And if you’re out in public, refrain from contact with others. It may seem rude to decline a handshake, but it’s more rude to get someone sick!