Telehealth Got Him the Care He Needed 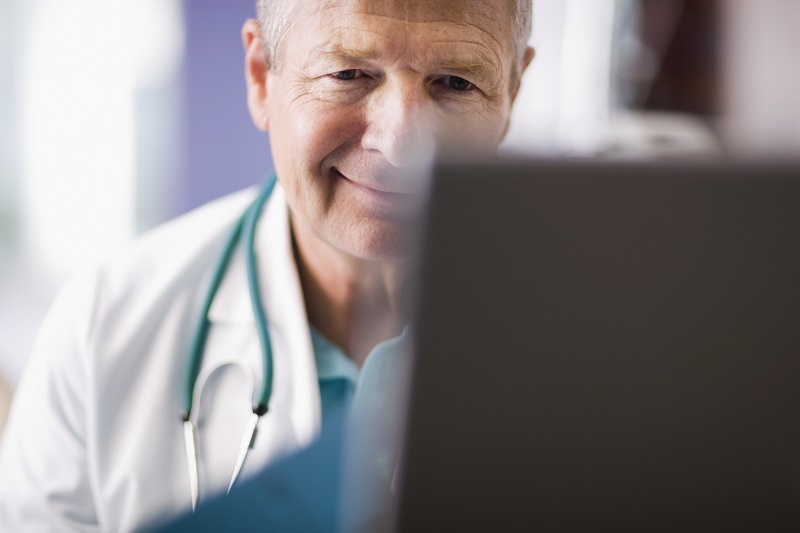 In early April Clayton K. Trimm of North Lawrence, was facing a dilemma. Clayton, 76, was doing what he could to help flatten the curve of COVID-19 infections — staying home, limiting contact with others and keeping himself and his family safe and healthy.

Like others during the ongoing pandemic, however, Clayton found himself facing a choice. He was concerned about a painful , swollen, red area on his back, but was worried about how he could receive the medical care he needed while Alice Hyde Medical Center continued to limit office visits and non-emergent procedures.

Was his problem an emergency, Clayton wondered? How could he even begin to find out, without the ability to see his primary care provider, Dr. Dragos Banu?

That’s when Clayton decided to pick up the phone and call Dr. Banu’s office. It was then that he learned about Alice Hyde’s telemedicine program. At 76 years old, Clayton had his concerns about being able to use technology he had never encountered before. Still, he used his smartphone to download the video meeting application recommended by Dr. Banu’s office staff.

“My main question was: will I be able to use it?,” said Clayton. “But the nurse and (Dr. Banu) helped me through it. I think it’s great; it was really simple once you started using it.”

A short time later, Clayton said, Dr. Banu was performing an examination of his back via video. Clayton, who worried about traveling during the COVID-19 pandemic, said he’s thankful that Dr. Banu was able to provide medical care and assessment remotely.

“It felt good to me, especially during this time,” said Clayton. “(My issue) wasn’t a really big, serious thing – but it could have been.”

Ultimately, Clayton was referred to one of Alice Hyde’s general surgeons, who operated later that day and found an infected sebaceous cyst. Dr. Banu, who is one of many providers at Alice Hyde who are currently using telehealth to care for patients, said Clayton’s story is a perfect example of what the technology can do for patients across Alice Hyde’s service area.

“Especially now, it’s so important that patients know they have access to their providers and that we can be proactive and meet with them,” he said. “As long as you have a phone, or a family member or friend has a phone, your provider can be there for you.”

Clayton, who usually meets Dr. Banu for regular checkups every several months, said he’s excited at the possibility of reducing the amount of travel to and from doctor’s appointments by using telehealth.

“It kept me from having to go out, and kept (Dr. Banu) from having to come to me,” said Clayton. “It might not be good for everything, but for what I had to do it was great. I wouldn’t mind doing it every three months, for my routine checkups.”

For more information on telehealth services, see our list of Frequently Asked Questions.