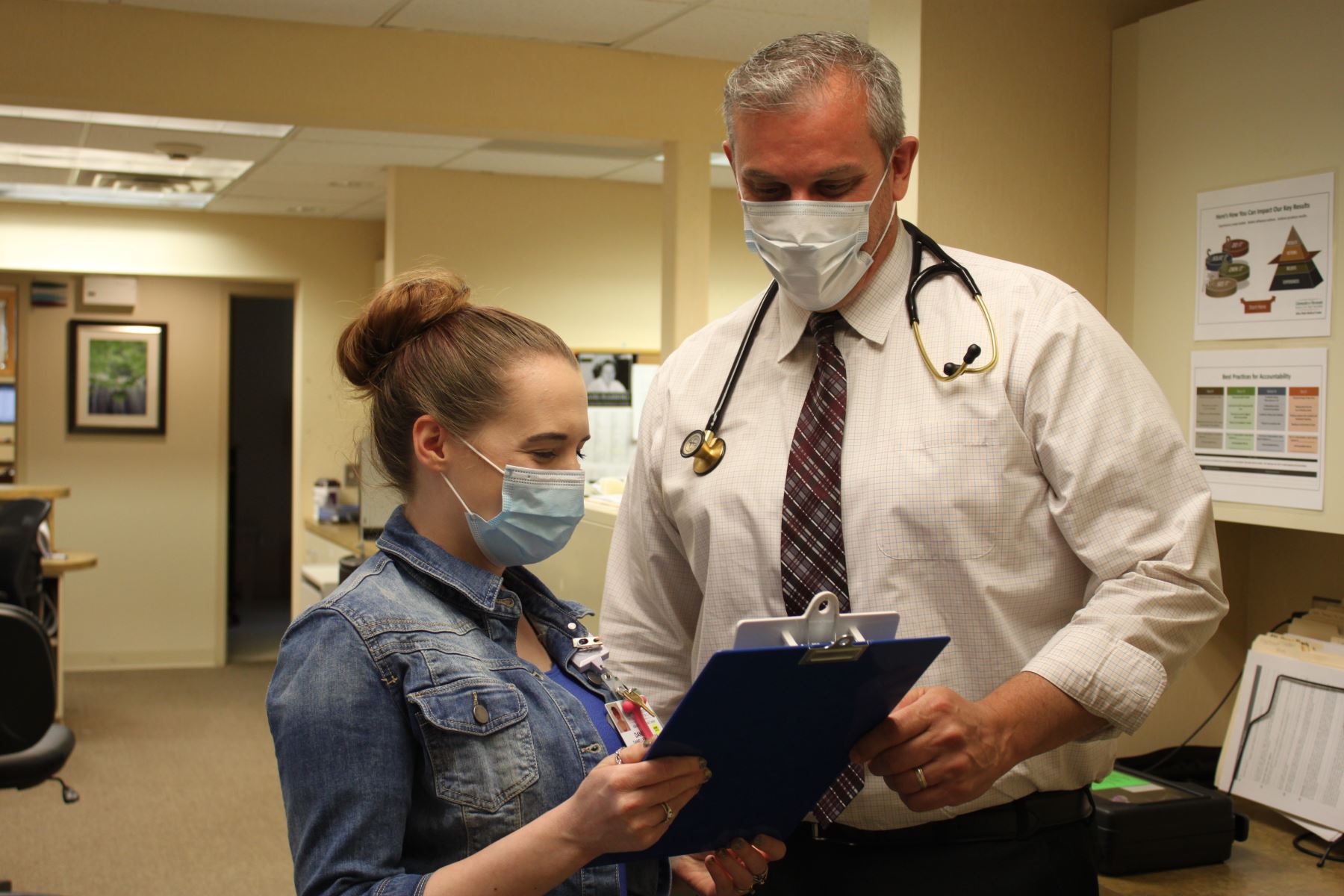 Family Nurse Practitioner Derek Reynolds, MS, FNP-C has been with Alice Hyde since 1998, when he joined UVM Health Network – Alice Hyde Medical Center as a Licensed Practical Nurse. In his two decades at the hospital, Reynolds has also continued serving his country as a Lieutenant Colonel in the U.S Army Reserve; he has 33 years of armed forces service.

Reynolds started his career in the military’s infantry, where he spent 20 years before pursuing a career in health care, earning his credentials as a Registered Nurse and then a Nurse Practitioner after joining Alice Hyde. He normally spends his days seeing patients and helping find solutions to a wide variety of health concerns, but as the COVID-19 crisis began to hit New York City hard, Reynolds knew he could be called away at a moment’s notice.

“That’s just part of what being the reserves is,” he said, “you can be called up at any time.”

Before being called to active duty by the Army, Reynolds played a key role at Alice Hyde, helping the hospital design and implement its Surge Plan and the visitor screening point and over flow areas set up outside the hospital’s main entrance and Emergency Room parking lot.

When the call did come, Reynolds had 24 hours to report to his duty station in Utica, New York. From there he was one of eight providers ultimately sent to New York City, where they would care for COVID-19 patients at the Javits Center, a convention center in Manhattan that had been converted to a field hospital and run by the Federal Emergency Management Agency.

Reynolds spent his days at Javits caring for between 20 and 25 COVID-positive patients per shift – all of them on high-flow oxygen treatments and being treated for respiratory issues. The work required Reynolds and his fellow providers to wear full PPE – N95 mask, procedural mask, goggles, gown, gloves and shoe covers – for eight hours at a time.

“The problem is wearing things that constrain you a little more than normal,” he said. “You can’t eat; you can’t drink; you have to go through the donning and doffing process to take care of basic needs. It was hot; it (the N95) would make your nose raw, because you had a full seal mask on for eight hours.”

Despite the challenges, Reynolds said, he never thought twice about the job or any associated risks to himself.

“I’m here to do my job, and I enjoy taking care of people,” he said. “I think most health care professionals don’t think about what could happen to them. They’re just trying to take care of people – it’s just what they do.”

When he returned to Alice Hyde in May, Reynolds picked up right where he left off: seeing patients in person and via telehealth video conference from his office at 183 Park Street.

“It was different being in the United States – it’s not what the military does,” said Reynolds. “We don’t generally deploy in the continental United States to care for people.”